The German-Franco War, also known as the Great European War, was a military conflict between April 28 and September 14, 2022. Initially only involving France and Germany, the Polish Commonwealth and Belgium-Luxembourg would join the French as a result of further German pushes, along with the Netherlands joining the Germans for similar reasons. With over 900,000 combined deaths, this war would become one of the largest in Mainland Europe since WW2. As a result thousands of post-war refugees would relocate to either to the Swedish Empire or the British Empire.

The reasons behind why the German's invaded France is a highly debated field, but the two most popular theories are that Adolf Hitler Uunona wanted his Argentinean Grandparents to be able to return to Germany without French prosecution or he really hated the French President Yannick Jadot.

Collapse of the European Union

The election of Adolf Hitler was seen by many with much fraudulence, yet he would still withstand his seat in the government. After starting campaigning in the July of 2020 under the NDP, Hitler would rise to fame. Hitler, by election time, would grow his followers to the point of winning the following election. However much speculation surrounds this ordeal, with many believing that Hitler payed for extra votes. Whatever the case may be, he would still rise to become the leading figure of Germany.

Although his rise to power in Germany, many are speculative on why he left the SWAPO party in Namibia and leave to Germany. One explanation many have come onto is that Hitler has Argentinean Grandparents who wanted to come back to their homeland. To allow his Grandparents to return back into Germany, Hitler decided to leave everything behind in Namibia, and Hitler became a politician in Germany to pardon his Grandparents and let them back in.

Course of the War 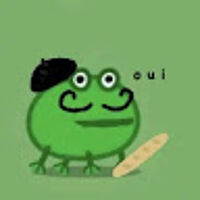 On 28 April, 2022 Germany invaded France under the pretense that France was going to invade them, which was largely true due to France being upset about Hitler letting his Argentinean grandparents back to Germany.

German and Netherlands Invasion of Belgium-Luxembourg(June)