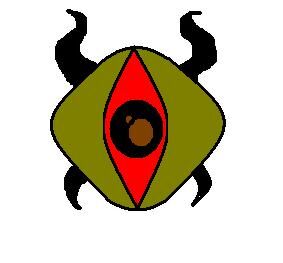 The Dread Rouges was a cult and terrorist organization that planned on ruling Canopus, with virtually all of its members modified in some way. Dread Rouges generals were all Diviners who have achieved full mental and brain potential, this made capable to performed surgical alterations that gave the subject superhuman fighting abilities and at the same time, obeying the orders from the Rouges. The group is notorious for its terrorist activities in the name of world domination and racial superiority over humanity.

For many years, Dread Rouges has been ruled by the mysterious Millennium King. As the Dread Rouges tradition dictates, a new King must be chosen every fifty millennia. The selection process involves finding several worthy candidates who will be transformed into mutants deemed Millennium Prince, sentenced to fight for the crown with the survivor becoming the new Millennium King.

In 587 AGW, Dread Rouges has chosen Daniel Kovac and Walter Veidt for this purpose. During their surgery, the previous Millennium King commanded the scientists to place the powerful Holy King Stones into their bodies. Daniel was implanted with the "Stone of the Sun", and was given the name "Quila". However, James Kovac, the boy's father, went against the Rouges command and died freeing Daniel from being the final stages of his surgery, Walter, on the other hand, received the "Stone of the Moon", placed into suspended animation before emerging as "Inti".

The Millennium King is the almost omnipotent leader of Dread Rouges. Appeared as a shadowy figure behind the curtains of his chamber. He communicates with the High Priests and the two Millenium Princes via telepathy. His true form is a giant, golden lion head, capable of massive destruction.

Walter Veidt was born on the day of a solar eclipse alongside his best friend Daniel Kovacs, revered by the Dread Rouges as the heirs to their leader's throne: the Millennium Princes "Inti" and "Quilla". Raised together, the two were like brothers. Once the two were of the ideal age, Dread Rouges captured them and infused them each with a King Stone. While Daniel manages to escape, Walter is left in a state of suspended animation before being finally reborn as inti through the Stones of Land, Heaven, and Sea. Inti sets up his regime as a general of Dread Rouges, serving as Quilla's nemesis and forcing him to fight him so he can become the new Millennium King. Walter transforms with The King Stone in his belt. Embedded upon the center his belt is a green stone called the Stone of the Moon. Through this stone, Inti can telepathically communicate with Daniel via his own King Stone. The Blood Saber is a weapon created for use by the Millennium Princes. Though Inferno took it, Shadow Moon reclaimed the weapon and took it as his own.

The Dread Rouges Generals are second only to the Millenium King, and they carry out his will without question. All of the generals are also moified, giving them monstrous form like their soldiers, the Darkus.

Dasmander is one of the Rouges general. He has a pale face and red eyes. Dasmander wears a green and black european knights armor, carrying two daggers. Dasmander could fire a green laser, with a shape of a dragon's head from his helmet for combat and could move at the speed of sound. Dasmander true form looked like a cross between a werewolf and a ram. In his true form, He stood near 7 feet tall, was red in color and had spikes protruding from its shoulders, elbows, knees, and one big one from the center of its collar bone. He's head was shaped like a wolf but it had a pair of ram horns sticking out from the side.

He is usually in charge of the deployment of Dread Rouges Monsters. Wondergeiss is an old man wearing a white tunic and has a big diamond in his forehead. He has great physic powers, probably the highest among the generals. Wondergeiss true form looked like a monstrous humanoid whale with great strength.

The only female general. looked like a teenage girl in a ragged clothing. She's actually the oldest among the generals. She uses poisonous feathers as her weapon.

Inferno is the legendary warrior among the Dread Rouges, Inferno was born 30,000 years ago on a day of the solar eclipse like Daniel Kovac and Walter Veidt. However, the Millennium King did not favor him and therefore did not give him a Kingstone. He was then sealed in a coffin for almost trying to revolt against him. The three Generals awakened him when the Millennium King reprimanded them for not doing their job in killing Quilla, ordering them to release the curse on the coffin Inferno was imprisoned in. He was both a pain for Quilla as well as to Dread Rouges. During Dread Rouges's latest attempt to awaken Inti, Inferno stole the Blood Saber and attacked the Generals before running off and going after Quilla to take his King Stone for himself. Quilla battles Inferno until Inti finally awakens and he claims the Blood Saber, forcing Inferno to retreat as his influence wears off. Returning to the Rouges shrine, Inferno fought Inti who disarmed and then killed him.

Drakus are Dread Rouges' monstrous humanoid soldiers, created via scientific and magical alterations. When killed, their bodies disintegrate into little more than wisps of vapor and damp spots on the ground, so there are no bodies - human or monster - left which can be used as proof of what's going on. Initially, most Drakus encountered are members of Dread Rouges, but the Rouges is also experimenting with ways to involuntarily transform humans into Drakus. These humans come under the general' telepathic mind-control techniques as soon as they transform, giving the organization an unquestioningly obedient army of super soldiers. These Drakus are genetically programmed to obey the orders of Generals (with some exceptions now and then).

Drakus come in hundreds of different designs. Some are very specialized, like the Galbady and Hyper Drakus units and are few in number, possibly due to the resources involved in their conversion. Others like Gregom, Lamotis and Baasmore are more general-purpose and exist in much larger quantities.

Hyper Drakus are a superior class, which distincts itself from 'regular' Drakus due to its unique genetic template, tailored to an individual Dread Rouge soldier, as opposed to the mass-production designs of the "normal" Drakus. Hyper Drakus are extremely powerful and specialized to fill particular roles on or off the battlefield and are sometimes organized into commando units.

are the survivors of failed experiments in the creation of new Drakus genetic templates. They have lost their reproductive ability during the process and therefore cannot even be reliably duplicated through genetic alteration. This makes them useless to Dread Rouges long-term plans as they cannot self-replicate. They often have powers/weapons that are non-conventional and even not intended in the original design, but they offered a new approach in the battle against the enemies of the Rouges.

All Lost Souls have at least a slight degree of resistance to the Generals' telepathic commands. As a result, some of them have escaped from Dread Rouges and gone into hiding, while other swore revenge to the rouges. The most famous lost souls is Sokaro.

Once the two were of the ideal age, the Dread Rouges captured them and infused them each with a King stone. However, James Kovac, Daniel's father and Walter's legal guardian, interrupted the final mind-altering stage of the surgery and Daniel barely escaped with his life while Walter was in a state of hibernation. After James was killed for his actions, Daniel took on the name of "Revolt" to fight Dread Rouges and later Inti, Walter's perfected Millennium Prince Form and a pure, cold-blooded Dread Rouges leader. When he was initially killed by Inti, his remaining family members (his sister Karen and Tanya) were forced to evacuate from Dread Rouges's hegemony. He was eventually resurrected and fought his way through the remaining Dread Rouges.

Sokaro is a lost soul and self dubbed battle creature that hunts down other Darkus created by Dread Rouges (except Lost Souls).

Retrieved from "https://conworld.fandom.com/wiki/Dread_Rouges?oldid=92049"
Community content is available under CC-BY-SA unless otherwise noted.