Amazon Lily is a powerful absolute diarchy, where the Emperor and Empress are the supreme sovereigns of the Island and both heads of state and government. Amazon Lily's official languages are Traditional Chinese, Japanese, French and English. The current sovereigns are Emperor Alexander Yamamoto and Empress Boa Hancock, founders and rightful sovereigns of Amazon Lily.

The article 2 of the Law of Sovereignty officially states that Empire of Amazon Lily as an egalitarian and secular empire and thus protect and respect the separation of church and state. The article 6 of the Law of Rights and Duties of the Subjects states that the Amazon Lily Subjects shall enjoy the right of absolute freedom of religion and belief and also the right to practice a religion of their choice or not. 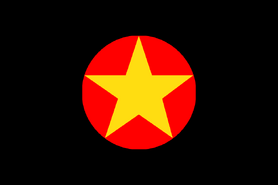 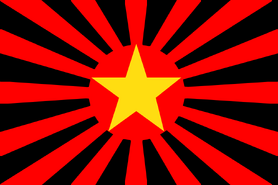 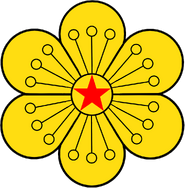 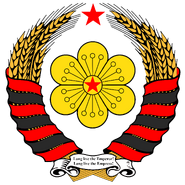 Imperial Workers' Party Flag
Add a photo to this gallery
Retrieved from "https://conworld.fandom.com/wiki/Empire_of_Amazon_Lily?oldid=306511"
Community content is available under CC-BY-SA unless otherwise noted.