The New World Trade Center (NWTC), often referred to as the World Trade Center and World Trade Center II, is a series of super-tall skyscrapers located in downtown Manhattan, New York City, which play a major role in New York City's financial power and a center of commerce in the Union of Everett. The entire center was built from 2005 to 2011, following the destruction resulting from the events on September 11, 2001. The NWTC is located in the Manhattan neighborhood of Tribeca and Soho, consisting of seven skyscrapers, all of which officially opened in late 2011.

The most notable buildings of the NWTC include the famous "twin towers". Originally built in 1973 and lost in 2001, the two twin structures were rebuilt as part of the Lower Manhattan Redevelopment Project sponsored by the federal government of the Union of Everett. Towers One and Two were redesigned to include an extra fifty floors, bringing their height from the original 1,368 feet to 1,897 feet.

The entire NWTC site was focused on structural designs to resist any future risks of damage or destruction of the towers following the 9/11 attacks. All of the seven buildings of the NWTC consist of an intense earthquake resistant steel and concrete main structure, specifically rated to withstand an 8.0 magnitude earthquake before structural failures and potential for withstanding up to a 9.0 magnitude quake before significant failure occurs, including total structural collapse. The glass used in windows and aesthetic decorations are designed of a shatter resistant tempered glass that has the ability to bend and flex to a degree. Central and perimeter enhanced main structural supports are designed to resist burning temperatures in excess of 2500 degrees Fahrenheit.

The Twin Towers of the New World Trade Center, referred to as "North Tower" or "World Trade Center One (1WTC)" and "South Tower" or "World Trade Center Two (2WTC)" are the two most prominent buildings of the NWTC site. Both towers consist of a gray color scheme, as the older WTC Twin Towers, with both having matching heights of 1,897 feet in height from ground level to roof top. The North Tower (1WTC) has a roof top antenna spire that extends the total height of 1WTC to 2,301 feet. 1WTC and 2WTC serve a primary purpose of commercial, retail, lodging, dining and observation use. The basement level floors of both towers go down five levels from the surface "Floor One".

Under the 1 & 2WTC towers is an interconnecting and massive September 11, 2001 terrorist attacks memorial, including under both towers, extending from "Floor B5" to "Floor 3", large memorial spires and fountains. Between "Floor B5" and "Floor B1" of both towers, a square shaped waterfall falls, continuously pumped from the B5 level to the B1 level. The waterfalls both include fiber-optic lighting to color the water as it falls. Between B5 and B1, for both towers, is a listing of all of the 9/11 casualties, Iraq War casualties and Afghanistan War casualties, carved in a marble black stone wall and varied memorial and commemorative museum locations.

Between Floors 1 and 3 of both towers are general public areas, including food courts, security offices, service desks and for lodging locations in the upper floors, hotel reservation desks and concierge. Floors 4 through 30 are mostly commercial offices, followed by a Marriott brand hotel on Floors 31 through 37 of both towers. Floors 38 to 50 are further commercial offices. Floor 51 contains a mid-point observation deck, followed by Floor 52, which holds retail space for tourists and locals. Floors 53 through 75 contain commercial offices. Floors 76 through 79 consist of a second observation deck and a small retail mall. Floors 80 to 85 contain a second hotel, a Sheraton brand. Floors 86 to 109 continue commercial space. At Floor 110, a small memorial observation deck exists, marking the point in which both of the former 1 and 2WTC towers reached their maximum height and top floor. Between Floors 111 and 130 is further commercial space. Floor 131 contains restaurants including Applebee's, TGI-Friday's and a Red Robin in the North Tower and Olive Garden, Fuji Japanese Steakhouse and Outback Steakhouse in the South Tower. Between floors 132 and 150 are further commercial and retail space, followed by Floor 151, which contains the Level 151 Lounge in the North and South Towers, which serves as a bar, billiards, nightclub and dance hall. Floors 152 through 159 include further retail, gift shop, food courts and a Hilton hotel with Floor 160, the "Top of the World" observation deck.

At the time of its completion in late 2011, Freedom Tower became the sixth-tallest building in the Western Hemisphere and the eight-tallest building in the world by pinnacle height, with its spire reaching a symbolic 1,776 feet, after the year of the independence of the United States of America, whose Founding Fathers are held in high regard by the Union of Everett. The State of New York controls and maintains offices occupying nearly 1,000,000 square feet in Freedom Tower. "China Center", combining business and cultural facilities, is located between floors 64 and 69, operated by a group of Taiwanese businesses. Condé Nast Publications moved its headquarters and offices of its magazines to the tower in 2012, between floors 20 and 41. An observation deck on the tower's 102nd floor exists with gift shops and a restaurant.

4 WTC has a height of 1,270 feet, with a tripod-shaped antenna that allows the building to reach a total height of 1,359 feet. The tower consists of 60 office floors, 4 trading floors, 5 retail levels, and 11.5 mechanical floors. The total floor space of 200 Greenwich Street (4 WTC) is anticipated to include 2.4 million square feet of office space and another 130,000 square feet for retail shops and access areas to the underground PATH railway. 4 World Trade Center has a mostly glass facade which features an advanced solar panel window glass technology on the building's east, south and north faces, producing 150 kilowatts of energy.

5 WTC, known by its street address, 175 Greenwich Street, on the east side of Greenwich Street, across the street from the Twin Towers WTC 1 and 2, stands 1,168 ft with an antenna spire reaching 1,240 feet and 80 floors. Part of its architectural design include diamond shaped braces on the front and rear faces. Tenants include a hotel by Host Marriott (aka Marriott World Trade Center)

6 WTC, known by its street address, 150 Greenwich Street, is located on the southeast corner of the 16-acre World Trade Center site, south of 5 WTC and east of 2 WTC (the south tower of the Twin Towers). The Port Authority of New York & New Jersey resides its headquarters within 6 WTC, consisting of 600,766 square feet of office space. The building dedicates the space on the lower levels for use by retail businesses and also provides access to an underground "retail and transportation concourse" which is connected to the PATH terminal at the site.

The new 7 World Trade Center has 52 stories and is 741 ft tall. The building has 42 floors of leasable space, starting at the 11th floor, and a total of 1,700,000 sq ft of office space. Tenants include ABN AMRO, Ameriprise Financial Inc., Darby & Darby P.C., Mansueto Ventures LLC, business publisher of Fast Company and Inc. and the New York Academy of Sciences.

The New World Trade Center site features a massive memorial site for the September 11th terrorist attacks and for the soldiers and others who lost their lives taking part in the following Afghanistan and Iraq Wars, part of the War on Terrorism. The memorial is located beneath both of the Twin Towers, 1 World Trade Center and 2 world Trade Center, which interconnect each other through five sub-level floors. Referred to as the "National Footprints Memorial Monument", WTC towers 1 and 2 stand above five floors underground of striking architectural beauty and design for the memorial areas. 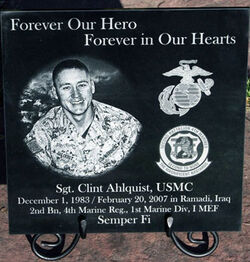 Most noted are the two, twin memorial spires, known as the Spires of Liberty, and a series of fountains, which extend in height from the bottom floor of sub-level 5 to the 3rd Floor, nearly 150 feet in total height, consisting of a unique steel and glass design, made from the steel girders that once were part of the original Twin Towers lost on September 11, 2001. The two 150 foot tall indoor spires are visible from floors sub-level 5 to the 4th Floor and possess built-in fiber-optic lighting, which can light up varying colors, most often of which are red, white and blue. Around these two spires, is a fiber-optic colored waterfall wall, which falls from the 1st (Main Floor) lobby to sub-level 5, which is also capable of changing varied colors for a light display. The waterfall falls into a well designed memorial waterfall pond, which features fountains, small falls, rock and stone designs and memorial plaques. This massive memorial fountain and waterfall display surrounds the two centered steel and glass Spires of Liberty, which rise up from the underneath the two Twin Towers. 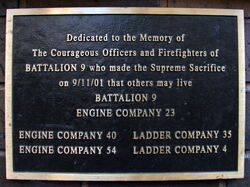 Throughout sub-levels 4 to sub-level 1, is a massive memorial museum, which in great detail, provides an individual black marble etched and engraved plaque for each victim of the 9/11 attacks and following Afghanistan and Iraq Wars. These memorial plaques are ordered in alphabetical order, and require four floors worth of space, between both tower footprint memorials. Each plaque depicts a highly artistic etched picture of the victim, their name, date of birth and a bit of personal information as desired by the victim's family. Lost emergency responders include an emblem of the agency they worked for or their specific department or team, squad or other. Military personnel, servicemen and women of the U.S. and Everetti Armed Forces, who died in combat in the Afghanistan and Iraq Wars, include their military branch emblem, squad or unit specific logos and information regarding their service information, such as specific branch, division, battalion and squad. Similar to other black marble etched memorials, family members and friends are able to use a piece of paper and a pencil to copy the etchings.

A large variety of other plaques and memorial donations are kept in the memorial areas, honoring fire departments, volunteers and volunteer agencies, police departments and any other people who took part in rescue or assistance efforts. An area commemorating and honoring surviving rescue workers, volunteers, first responders and any others who took part in efforts are honored, respected and thanked with honorary plaques and medals.