Norpradia (Norpradian Dialect: Norpradia [norpra'dɪa]), officially the Republic of Norpradia (Norpradian Dialect: Norpradisch Republik [norpra'dɪʃ repu'bli:k]) is a country in Northern Europe, it is next to United Kingdom, Norway, Germany, Denmark and Netherlands. It is in the European Union, NATO, OECD, and WTO, and always considerated in the Western portion of Europe. It is only de jure country in the island of Nordensel located in the North Sea.

Norpradia is a high-income developed country, with a high standard of democracy, life, freedom, peacefulness, and liberties.

The name "Norpradia" is the facilitated pronunciation of the name "Nordiaprada", the name of the union between Nordia and Prada, created in 1881. By the 1890s, the preferred name of the country is the modern version.

The name of the island, however, is Nordensel, from the German "Nordinsel", meaning "Northern Island".

In the 17th century, the region that is now Norpradia was divided into several kingdoms and small provinces, all of them being governed by different kings, but having a different area of influence, called Ennflutless Zone (Influence Zone), but the largest and most powerful were Nordia (dominated by England), Prada (dominated by Sweden), Rödsomor (dominated by the Holy Roman Empire) and Saint Patrick (dominated by the Celts).

In 1648, the 20 years war took place, between Nordia, Prada, Rödsomor and Naomh Pádraig (Saint Patrick) for more influence. This war lasted until 1673, with no winner, but no loser.

In 1674, with the Treaty of Paris of 1674, all areas of influence of the main countries were united to form four countries, avoiding any other war. But this treaty was not enforced until March of 1685.

After annexing Saint Patrick, a war between Rödsomor and Nordia was inevitable. And this happened in 1783, with the Nordian Question, where Nordia declared war on Rödsomor, but they knew they were going to lose, so they simply surrendered.

Nordia and Prada's relationship was getting better and better.

In 1881, the Kingdom of Prada and the Democratic Federal Republic of Nordia created a referendum, where the question "Would you like that Nordia and Prada come together and formed a single country?" was asked, and 73% of the countries' population voted "yes", and the unification took place on November 3, 1883, where is now a national holiday since 1901.

Until World War I, Norpradia was transforming into a more modern society. Women's rights became essential, so in 1912, Norpradia gave suffrage for all women in all situations (universal suffrage), being the 4th in the world to do so.

In World War I, Norpradia helped the Allies with supplies and soldiers, where around 73.900 died, but the country remained neutral.

In the Inter-War Period, Norpradia became an industrialized country and had a population boom of 23% from 1900 to 1930.

In the Cold War, many feared that communism would win the elections, so the government banned all communist and socialists parties, and only allowed them to return in the elections in 1993, shortly after the end of the Soviet Union.

With the European immigration crisis since 2015, Norpradia has around 709.040 immigrants, being 42% European (mainly from Kosovo, Romania, Poland, Russia, Italy, and the United Kingdom) and 32% from Africa and the Middle East (mainly from Senegal, Sudan, South Sudan, Tanzania, Nigeria, and Libya), the other 26% are mainly from China, the United States, Bangladesh, India, Pakistan, Haiti, Malaysia, Indonesia, Brazil, Mexico, Venezuela, and Colombia.

Several new states want to form, such as the State of Villerm, in the south of Prada.

Norpradia is a very diverse country in terms of geography. It has two main mountains, Elliön (in Elliön) and Villerm Mountains (in Prada). 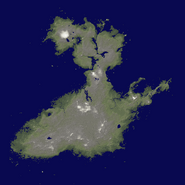 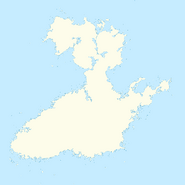 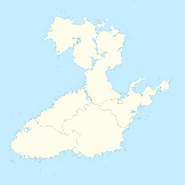 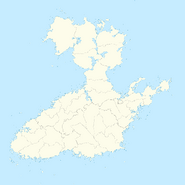 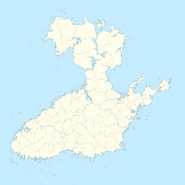 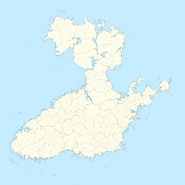 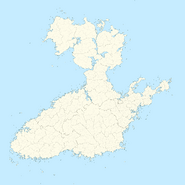 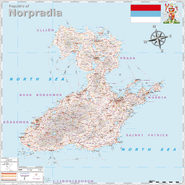 Norpradia is mostly a oceanic climate country (CFB), but there are some other climates, like tundra (ET) in Elliön Mountains.

Lithoriburg has an average temperature of 9,8°C.

Norpradia is divided into 5 divisions:

The states or regions (NUTS 1) have the power to make other official languages besides the Norpradian Dialect of German, create new counties, schools, highways, police and fire departments, enforce the law... They are:

Counties (NUTS 2) have the power to create new districts, schools, local roads, highways... They are:

Municipalities (LAU 1) have the power to create local roads, schools, hospitals, police, and fire departments... In most cases, inside them are cities, which is a local division that normally has less than 5.000 people living in it.

Cities (LAU 2) have the only two powers: to create local roads and to enforce the law.

Norpradia is also a diverse country in terms of demographics.

Before the 20th century, people in Norpradia were very patriot to their regions and not the country, but in changed in the beginning of the 20th century, when the option Norpradian were introduced in the 1910 census, since then, every year more and more people considered themselves as Norpradian and not from their regions. In 2010, the last census was taken, and these were the results: 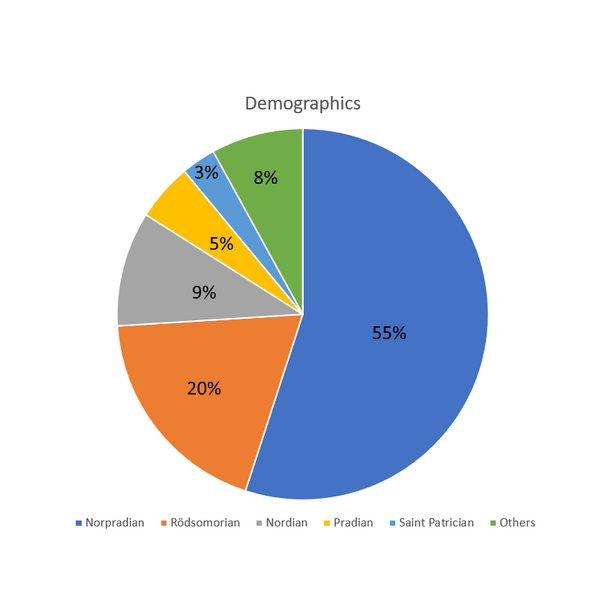 The majority of "others" are immigrants, especially from Kosovo, Romania, Pakistan, and Syria.

The majority of the population is Christian, being either Catholic or Protestant. Until 1907, the official religion of the country was Roman Catholic, but since then with the new Constitution, freedom of religion was granted.

The only official language in the country is the Norpradian Dialect, which it is not a language, but a dialect of German. Regions can also declare official languages, where German is official in Norr Rödsomor and Rödsomor, Irish in Sainkt Patrick, English in Lithoriburg and Nordia, and Swedish in Elliön and Prada. The following percentage is the population's native language (it is more than 100% because some people have two or more native languages).

The majority of "others languages" are immigrants who speaks either Russian, Hindi, Spanish, French, or Portuguese.

The majority of Norpradians are polyglots, being able to speak 2 to 3 languages, usually: Norpradian Dialect, the region's official language, and English.

Norpradia has infrastructure all around the country, but the most efficient and highly developed are located in the region around the capital, Lithoriburg.

Other less developed infrastructures are also found in all regions of the country, but the Elliön region is by far the one that has the least amount of infrastructure due to low population and mountainous terrain.

Norpradia also has a system of highways administrated by Norpradisch Offentlichen Autovan Transport (Public Highway Transport of Norpradia), or simply NOAT, which connects all district's capitals and other medium and small cities such as Ülsterbourgh. 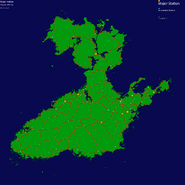 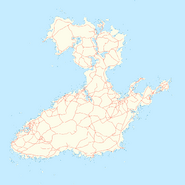 Norpradian cuisine is a mixture of all food from the main ethnics groups in the country, but by far the most common dish and also the national dish is Göstralm, which is fish with lime, tomato, olives, cheese and salad. 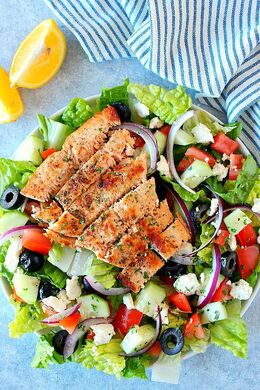 Norpradians love to play basketball, that is why there are over 38 basketball clubs registered in the country, but the major ones are Für Seger (For Victory, based in Jesvërg, Rödsomor), Dier Gelbun Klubb (The Yellow Club, based in Corkenberg, Nordia, and Tosammus (Together, based in Lithoriburg.

Some famous people from Norpradia are: 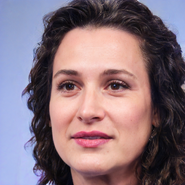 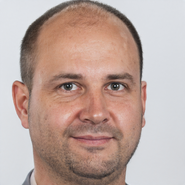 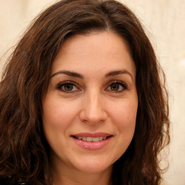 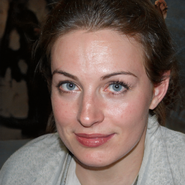 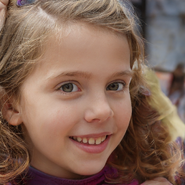 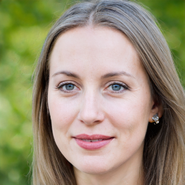 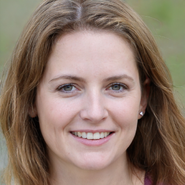 Holidays are an important part for every Norpradian citizen, but the majority of the Norpradians stores close on Christmas and New Year, and rarely on other days.

Community content is available under CC-BY-SA unless otherwise noted.