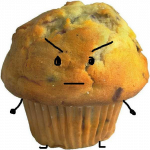 Hello there! I am flattered by your compliment. For my flags, coat of arms, and logos, I use Inkscape to create them. Everything is vectorized which means images are scalable and thus, do not lose quality regardless of any resolution size. I held off learning Inkscape for the longest time because it was confusing, but one day, after I decided to make an effort at learning it, it took some tinkering around before I got the hang of it. You can start basic editing within two hours of careful dedication–practice makes perfect. Within a week, I became confident using it. Inkscape is a very powerful tool so I recommend you learn it to greatly enhance your conworlding experience.

Thank you very much for your words of appreciation. In regards to your concerns, due to the scope of the project, whenever we make updates or retcons, we are unfortunately unable o fix all continuity errors on time. The official canon is that the United States does not exist at all (it stopped existing after the American Civil War to become the United Commonwealth), and we would appreciate it if you find any references to it that contradict the current canon.

Good thanks, I was just wondering since Westland is critical of the United States and while I can see why, it be odd to be critical of a nation that doesn't exist in the timeline. Also I'd be lying if I didn't say that I'd like to update Westland a little bit. Epic gammer (talk) 05:58, December 23, 2017 (UTC)

Westland itself is actually no longer part of Altverse. The author has not been active in over a year, I believe.

He hasn't been active for a year, but I was wondering if it was possible for a country to be reintroduced since I read that one of the rules is that a country can be updated by a new user as long as it fits with the overall canon. Epic gammer (talk) 06:45, December 23, 2017 (UTC)

It is possible, and if you plan to revive it yourself, it would be quite interesting. Just to be safe, I recommend dropping a message on his talk page (he moved his account from Falloutfan08 to Benhart9) for permission.

I would wait for a few days to see if he responds as he may be busy at the moment (it's also Christmastime). If nothing happens, you are free to conditionally adopt his project, although be aware that if he comes back to reclaim it, you will have to relinquish control over it.

I'm considering giving him three days for a response and then I'll takeover the Westland project. Thanks for granting me permission and if he does come back to reclaim it, I will happily give control back to him. Epic gammer (talk) 16:33, December 23, 2017 (UTC)

It could be reworked to show the historical United States with the Infobox Former Country template, detailing its history up to its downfall at the end of the American Civil War.

You are free to do so, though I suggest contacting Pelicary on this for assistance since his nation is the successor to the United States in Altverse.

I'd be happy to assist. --Horned King

Great! I'm going to start editing the United States article and when that's done, could you add in your country that succeeded America? Epic gammer (talk) 20:04, December 24, 2017 (UTC)

American unionism is support for the CAS and furthered integration between its member states. Continentalism is the idea that the former United States should be revived and also often entails uniting other Anglo-American states under one state. Unionism is popular with moderates and liberals while continentalism is radical and supported by UC ultraconservatives and some socialists. Ameroskepticism and divisionism are the complete opposite, the former advocating the abolition of the CAS and the latter being a vague concept that merely insists each Anglo-American state should have the right to remain independent.

Indeed, your work will be greatly appreciated!

Rub87 is currently working on Baltia on Miraheze rather than Wikia. Just a head's up.

To answer your question, yes, all active members of Altverse intend to remain on the Miraheze site indefinitely. (ᵒᴥᵒ) Fizzyflapjack (Talk) (

Of course, it's not an exclusive club haha, you can just create an account and go about doing what you'd like as you would on this site. Just let us know if you need help porting anything from this site over there. My username and Centri's are the same on both sites. (ᵒᴥᵒ) Fizzyflapjack (Talk) (

Retrieved from "https://conworld.fandom.com/wiki/User_talk:Epic_gammer?oldid=299436"
Community content is available under CC-BY-SA unless otherwise noted.